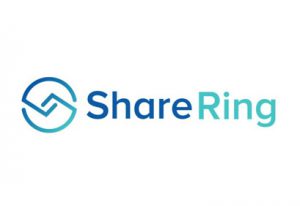 ShareRing a project focused on building an eco-system for the rental economy announced today, that it has engaged AlgoZ Ltd., a Fingenom Group company, to provide market making and additional liquidity solutions on its token. ShareToken (SHR) the utility token for the ShareRing ecosystem, will go live on the Dx.Exchange platform on February 18, 2019, with AlgoZ technology being used to provide the holders of the token with continuous and steady liquidity.

“We are extremely excited to have our ShareToken being offered publicly for trade”. said Tim Bos, CEO and Founder of ShareRing. “We know that the ShareToken community, together with the new holders of the ShareToken, will enjoy and benefit from our decision to team up with a technology company like AlgoZ and its well acclaimed liquidity solutions”.

“Engaging with the ShareRing team was the obvious decision for AlgoZ.” said Mr. Nir Dovrat, Co-CEO of AlgoZ Ltd. “We believe in the vision of ShareRing to reshape the future of rental economy by providing a unique platform for business and individuals. We see it as a mission and a target of AlgoZ to provide our best in class liquidity solutions to projects like this, which advance the bright future that we see for the blockchain technology and digital assets.”

About ShareRing: ShareRing is the world’s first blockchain powered fully functional app and marketplace in the sharing and renting economy. ShareRing are the developers of the ShareLedger blockchain, a ‘smart service system’ that makes it far easier on a global level for millions of customers to access, and use on demand, a wide range of assets within the fast-growing sharing economy on one secure payment system making it safe and seamless. ShareLedger harvests one of the most recent developments in blockchain technology, i.e. a dual token mechanism and maintains it will be the Amazon of the sharing economy.

About Fingenom Group: Established in 2011, the Fingenom Group is specializing in the development of full infrastructure environment for trading algorithms and the deployment of such algorithms in both capital and cryptocurrency markets. In 2016 the Group established its cryptocurrency operations, and since has become a leading brand, providing various financial solutions such as market making, brokerage and OTC to numerous, including some of the top funded, crypto projects and leading exchanges. With more than 80 employees, of strong backgrounds in computer science, mathematics, physics and engineering, the Fingenom Group works at the intersection of finance, crypto and technology.